Guido and his committee are looking for volunteers to assist with the preparation of the bocce lanes for the season ahead.  If you have a couple of hours to donate to opening the lanes, please contact Guido at 764-4054 or email us at kcicevents@shaw.ca.

If you are interested in playing Bocce or learning how to play bocce, be sure to check our website for the bocce tournament schedule (dates to be posted soon).
​
Bocce is open to all ages and levels.

KCIC Bocce lanes are located behind the tennis courts at the Parkinson Recreation Center. 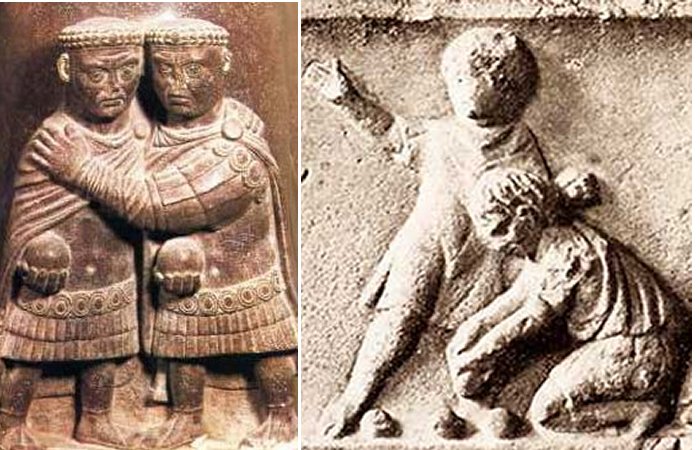 Ancient Egyptian carvings showing the playing of Bocce
What is Bocce Ball?

The sport is played with one small ball (the pallino) and eight larger balls (bocce-singular, bocci-plural) – Four for each team. The pallino is thrown first and becomes the target. Then each bocce is thrown with the goal of placing it as close to the pallino as possible.

The sport has been played for at least 7 thousand years, making it one of the oldest sports on earth. The first documentation of the game is in a wall mural in an Egyptian tomb from 5200 B.C. It was the Greeks that brought Bocce to Italy. It became so popular that it was banned for a time because errant balls kept hitting the knees of noblemen as they tried to walk through town. The modern game was popularized by Giussepe Garibaldi, the general and statesman who unified Italy in the 19th century.

Bocce Ball is truly a universal sport, being played under various names (with variations in rules and play) including lawn bowling, skittles, pentanque and boules.

​At our Club, Bocce Ball has been played by members since the beginning. Over our history, teams from our club have won medals at local, regional, provincial and even national competitions.

Bocce is a great activity for all ages and abilities. For more information regarding Bocce contact the Clubhouse or Guido di Fabrizio at 250 764-4054.

The Kelowna Canadian Italian Club acknowledges that our clubhouse is situated on the beautiful unceded traditional territory of the Syilx/Okanagan people. Who, for thousands of years, have lived in harmony with nature and continue to this day to offer us so much culture and understanding.